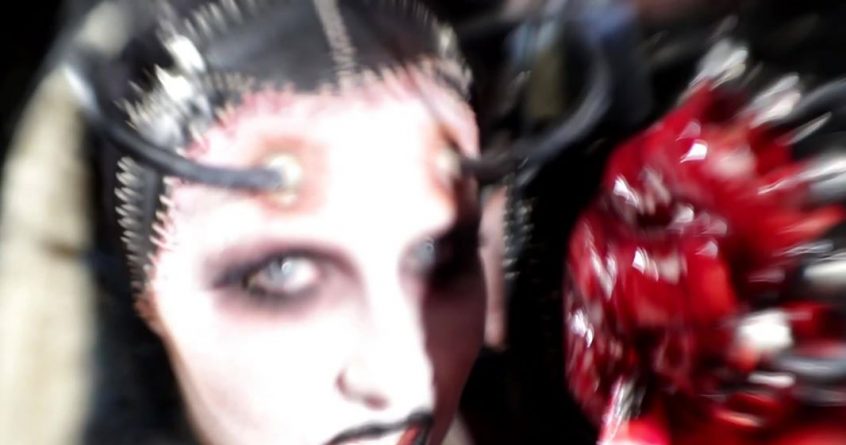 Everything is pretty much set for the release of CYBORGS 2019 for New Years Day. You can check our latest update in the event. We will travel down a rabbit hole that you may not like, but no one likes to hear the truth, everyone gets to hear the well spun Alice in wonderland fantasy. If I can quote Linda Moulton Howe, she said disclosure is more like New Years Day. Hence the release date. Don’t blame me if your outlook on life changes.

A Cyborg is a Human and machine hybrid. Time Traveller 40181 was on a mission to the year 2134 and was captured by the CYBORG QUEEN in transit after noticing a temporal rift. The war in the future between humanity and the Cyborgs is not known in the past and the Cyborg Queen will keep it that way. It appears the Time Traveller’s ship was hit by a 95 MM shell from the Bosnian war and crashed in 1994 near Sarajevo. Time Traveller 40181 is seated on a chair with hands handcuffed behind his back and has a gag on. The CYBORG QUEEN who hunts time travellers as trophy kills, walks into the Star Room to do the interrogation and immediately pulls the gag off Time Traveller 40181. Her technique is a very sexy and erotic at the beginning but quickly turns violent. Cyborg Queen has a devise that detects any deception, yet 40181 was able to lie, the message had been released on the Tall Blondes & Laboratory Earth set. 40181 was successful in his mission however was killed in the process by the Cyborg Queen.

1. DJ Virul3nt Pete Crane (Sydney Australia) of SHIV-R will spin a 45 minute set of his choice.

3. DJ Daemon Chadeau spins a one hour “live” Terror/EBM set Coreindustry at The Mercury Club in Seattle USA to finish the show.

4. CYBORGS 2019 DJ Mix by David Blackstar NEW ORDER – BROTHERHOOD Lets travel back in time to October 1986 for the release of Order’s fourth album.

It’s ironic that the US should be fighting monstrously expensive wars, illegibly to bring democracy to those countries, when it itself can no longer claim to be called a democracy when trillions, and I mean thousands of billions of dollars have been spent on black projects which both congress and the commander in chief have been kept deliberately in the dark.

Yes there have been crashed craft, and bodies recovered.